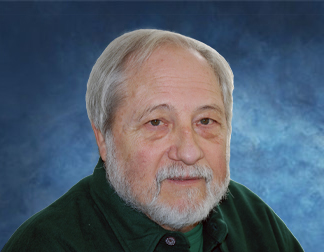 Charles E. “Tip” DeMusis, age 83, beloved husband of Nancy Brann DeMusis of Shelton, died peacefully on December 28, 2022 at Bridgeport Hospital, with his family by his side.  Born in New Haven on July 21, 1939, he was the only child of Charles Carl and Winifred Bross DeMusis.  Mr. DeMusis was raised in East Haven and was a proud U.S. Veteran of the Coast Guard.  From a very early age, he worked in the family business, DeMusis Brother’s Fuel Oil, Inc., formerly of New Haven. While starting his own growing family, Mr. DeMusis, became an HVAC Engineer, owned and operated his own HVAC business and retired following a long and successful career. Tip’s lifelong passion for aviation began at age 12, he earned his private pilot’s license.  He became a skilled aerobatic pilot, owning several open cockpit airplanes among others throughout his lifetime. As a commercial pilot, Tip flew corporate jets around the region and as a flight instructor, he inspired many students to pursue their aspirations of flight.  He possessed a brilliant mind and mechanical ability that allowed him to build or repair nearly anything.  His infectious personality and perpetual happiness endeared him to all that were privileged to meet and learn from him.  Together with his wife Nancy, his greatest love of 65 years, Tip resided in Woodbridge for many years, prior to enjoying their retirement in an airstrip community in South Carolina.  They returned to CT in 2022 to spend quality time with family.  In addition to his beloved wife, he is survived by his devoted daughters, Christine Collins and her husband, John of Coventry, Susan DeMusis and her husband, Michael Camillo of Rowayton and Lynette George and her husband Michael of FL; and his much loved grandchildren, William “Billy” and Brenna Collins of Coventry.  Funeral arrangements are private.  The Wakelee Memorial Funeral Home, 167 Wakelee Avenue, Ansonia is in care of arrangements.  Online condolences may be made at www.wakeleememorial.com.