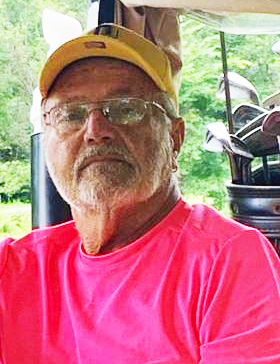 William George Wayne Peabody, age 77, beloved husband of Gail A. Peck Peabody of Bethany, died peacefully, surrounded by his family on December 5, 2022 at Griffin Hospital, Derby.  Born in Lebanon, New Hampshire on October 23, 1945, he was the son of the late George Wayne and Gladys Follensbee Peabody.  Mr. Peabody was raised in Lebanon, NH, graduated from Lebanon High School and earned a bachelor’s degree from the University of New Hampshire. Mr. Peabody enjoyed a long career owning and working in various industries.  He was the Executive Director of the New Haven location of the Olin Corporation for 15 years.  He then became the National Sales Manager of Shelter Logic Corporation for over 10 years, until the time of his retirement in 2012.  Mr. Peabody was an avid golfer and played courses all over New England.  A voracious reader, he read a book a day for years. He was an avid UCONN Girls Basketball fan and never missed a game, recording very accurate statistics.  He took great pride in maintaining his property in Bethany.  In his earlier years, Mr. Peabody enjoyed traveling and scuba diving and boating, especially in the Caribbean.  In addition to his wife of 42 years, he is survived by his devoted daughters, Amy Ceriana and her husband, Umberto of Tuscany, Italy and Kate LeGault and her husband, Mark of Colchester; a sister, Cynthia Hall of VT; one niece and two nephews; cherished grandchildren, Francesca and Clelia Ceriana of Italy and Anna LeGault of Colchester.  A future memorial service will be announced by the Wakelee Memorial Funeral Home, 167 Wakelee Avenue, Ansonia.  Memorial contributions may be made to Christ Episcopal Church, 526 Amity Road, Bethany, CT 06824 or to the Clark Memorial Library, 538 Amity Road, Bethany, CT 06824.  Online condolences may be made at www.wakeleememorial.com.