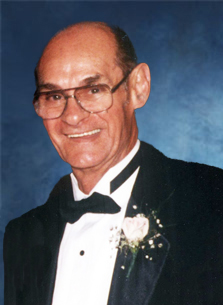 Francis J. “Frank” “Pooch” Panuczak, age 95 of Meredith, New Hampshire, (formerly of Shelton), beloved husband of the late Irene Bashar Panuczak, died peacefully on May 20, 2022 at the Concord Hospital, Laconia, New Hampshire, with his family by his side.  Born in Bridgeport on October 29, 1926, he was the son of the late Martin and Katherine Kurzeja Panuczak.  Mr. Panuczak was raised in Bridgeport and was a proud U.S. Army Veteran of WWII. As a member of “The Greatest Generation” he enlisted at the young age of 16 and attained the rank of Corporal.  He served in Saipan and was awarded the Asiatic Pacific Campaign Medal and the WWII Victory Medal. He worked as a senior program analyst for the AVCO–Textron Co. for over 25 years until the time of his retirement in 1983.  Mr. Panuczak was a competitive softball player in his younger years.  He was a member of the AVCO Softball team playing in the Bridgeport City League, as well as playing interdepartmental softball and bowling with his fellow coworkers.    Mr. Panuczak was a communicant of St. Michael Church, Derby and together with his wife, Irene, his sister-in-law & brother-in-law, Helen & Walter Sadlon, could often be found enjoying Polish festivals, Polka dances and various church and local functions.  He was a member of the the AVCO-Textron Seniors and the Shelton Senior Center.  Throughout his retirement he enjoyed many cruises, trips to the Caribbean and throughout the United States.  In his senior years, he liked to try his luck at the casinos.  Mr. Panuczak is survived by his devoted sons, Gerald (Linda) Panuczak of NH and Kenneth (Janet) Panuczak of Seymour; cherished grandchildren, Holly (Ryan) Timms of NH, Scott Panuczak of MA, and Marisa Panuczak of Seymour; great-grandchildren, Dylan and Amanda Timms of NH; nephew, Rev. James Smyka of NC, as well as several other nieces and nephews.  He was predeceased by his wife of 70 years, just two months ago; his sister, Sophie Smyka and his brothers, Martin, Jr., Edward, Raymond and Ferdinand (Fred) Panuczak. Funeral services will take place on Friday, May 27, 2022 at 9:00 AM from the Wakelee Memorial Funeral Home, 167 Wakelee Avenue, Ansonia.  A Mass of Christian Burial will be celebrated at 10:00 AM in St. Michael Church, 75 Derby Ave., Derby.  Interment with Military Honors will follow in St. John Cemetery, Stratford.  Family and friends may call at the funeral home on Friday from 9:00 to 9:45 AM, prior to Mass. Memorial contributions may be made to the Echo Hose Ambulance Corps, 430 Coram Avenue, Shelton, CT 06484, https://ambulance.echohose.org/donate/  Online condolences may be made at www.wakeleememorial.com.