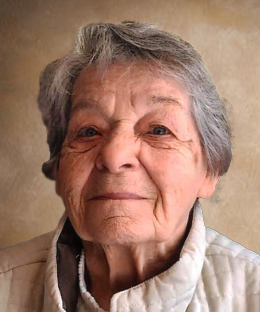 Patricia Kalnay, age 87 of Seymour, died April 2, 2022 in the comfort of her home, surrounded by her family.  Born in New Haven on September 14, 1934, she was the daughter of the late Fredrick D. and Helen Lillian Redmond Lane.  Mrs. Kalnay was raised in New Haven and was a graduate of Hillhouse Highschool.  She worked as a retail sales associate for many companies including, Stop & Shop (where she worked in the greeting card department), Herbert’s & Playtown Toy Store, Jordan Marsh, but her favorite place of employment was Walden Books.  Mrs. Kalnay opened her heart and home to foster children and participated in the “Fresh Air Kids” program, allowing inner city youths to spend their summers in a rural and nurturing environment.  She was a lifelong voracious reader and enjoyed old time movies.  Mrs. Kalnay was a member of the Orange Widows/Widowers Club, where she traveled extensively to places such as Ireland, Europe, Panama and Canada, among many others.  She is survived by her devoted children, Lori Pozucek and her husband, John of Seymour, Edwin Parzyck and his wife, Diane of Naugatuck, Donna Parzyck of Seymour and Veronica Morgan and her husband, Leslie of Wallingford; sister, Carol Migliozzi and her husband Donald of Cromwell; brother, Joseph Lane and his wife Ann of Guilford; cherished grandchildren, Samantha and Kevin Pozucek of Seymour, Andrew and Brian Parzyck of Naugatuck and Joseph and Adrianna Morgan of Wallingford; as well as several nieces and nephews.  She was predeceased by her first husband, Edwin A. Parzyck; her second husband, William Kalnay and a brother, William Lane.  Funeral services will take place on Thursday, April 7, 2022 at 10:00 AM from the Wakelee Memorial Funeral Home, 167 Wakelee Avenue, Ansonia.  A Mass of Christian Burial will be celebrated at 11:00 AM in St. Michael Church, 75 Derby Avenue, Derby.  Entombment will follow in Mount St. Peter Cemetery, Derby.  Family and friends may call at the funeral home on Wednesday, April 6, 2022, from 4:00 to 7:00 PM.  In Lieu of flowers, memorial contributions may be made to St. Jude's Children's Research Hospital, 262 Danny Thomas Place, Memphis, TN 38105.  Online condolences may be made at www.wakeleememorial.com.

In Lieu of flowers, memorial contributions may be made to St. Jude's Children's Research Hospital, 262 Danny Thomas Place, Memphis, TN 38105.