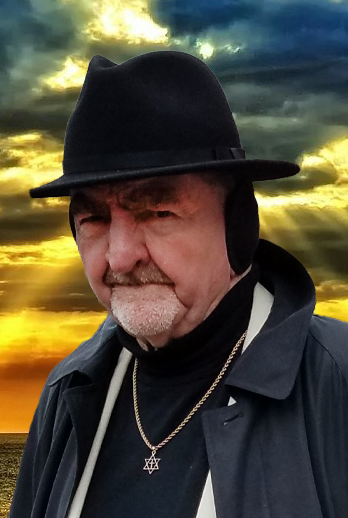 Mr. Gardner was a proud U.S. Air Force Reserves Veteran of the Vietnam era, serving from 1963 to 1969; honorably discharge as an Airman First Class and awarded the Air Reserve Forces Meritorious Service Ribbon.

He was employed at the State University of New York, Oswego and then hired as a buyer and purchaser level 5, for the General Electric Co. of NY, ever proud of his level 5 status.  Mr. Gardner then owned and operated a 13-acre mobile home park, boasting 50 hookups in upstate, NY.

In 1968, Mr. Gardner accepted Jesus Christ as his Lord and Savior and became an assistant pastor serving in Brooklyn, NY, teaching on the restoration of Israel.  In 1969, Brother David sold his mobile home park and all his possessions, purchased a one-way ticket to Jerusalem and became a spiritual leader at a youth hostel located on the Via Dolorosa.  From 1969-2000, Brother David fed, clothed and assisted the indigent Jews and Palestinians of Israel. He was a tour guide for Christians on pilgrimage and volunteered at the Mt. Zion Fellowship.  He later provided affordable housing to Christian pilgrims.

In 2000, Brother David returned to the New York City, serving the countless homeless and destitute, always sharing the love and salvation of Jesus Christ to those lost and in despair.  In 2003 Brother David moved to Shelton and volunteered with the Spooner House, as well as many other ministries and organizations, never growing tired of the “good work” the Lord sent him to do.

He shared Jesus Christ’s wisdom in a deep and simple way for all to understand.  Brother David was tender hearted, giving beyond measure and never hesitated to share whatever he had with others, despite their circumstance or situation.  Brother David understood the human condition, the need for salvation and was never judgmental, only seeing individuals through the eyes of Jesus Christ.  Brother David exemplified the love of Christ to others by teaching and praying with great sensitivity to God’s Holy Spirit.  Brother David lived a spartan life, only possessing 1 book, the Holy Bible.

He is survived by beloved friends, the Carnevali family of Seattle, WA, Alfred Klimek of Bridgeport, Donna Klimek of NYC and numerous brothers and sisters in Christ.

A Graveside Funeral Service with Military Honors will take place at 1:30 PM on Monday, February 21, 2022, in Pine Grove Cemetery, 15 Church Street, Ansonia, CT.  The Wakelee Memorial Funeral Home, 167 Wakelee Avenue, Ansonia, is in care of arrangements.  Online condolences may be made at www.wakeleememorial.com