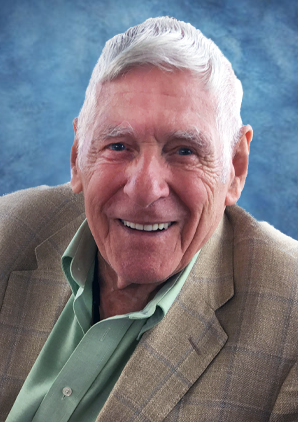 Anthony (Tony) Suchower, age 91, passed away under the loving care of his three daughters in Waldoboro, Maine on January 26, 2022, after several months of declining health.

Tony was born to Polish and Ukrainian immigrants in 1931 and grew up in Ansonia, CT. At the age of 10 when his father died, he became the family’s breadwinner, working various jobs before and after school.

At 14, he joined the Connecticut State Guard. At 15, he joined the National Guard. When his unit was federalized, he was on active duty (state-side) in the Korean War. After 5 years' total service, he was discharged with the rank of Sergeant First Class. Highlights from his service include learning to shoot a Thompson machine gun (as a kid!) and being chosen for the ceremonial Honor Guard when General Mark Clark reviewed the 20,000 men of Tony’s 43rd division at Camp Pickett (now Fort Pickett).

Tony attended public schools in Ansonia, CT and graduated from Ansonia High School. He became a machinist-toolmaker after completing 8,000 hours in an apprenticeship program. During his career, he worked in many different manufacturing plants in Connecticut’s Naugatuck Valley, including Ansonia Wire, Farrell’s, Sikorsky’s, Uniroyal, Auto Swage.

He was devoted to his wife Wanda, whom he met at a polka hop. They lived most of their 63 years of married life in Seymour, CT, where they raised three amazing daughters (inside joke). When Wanda died in 2016, Tony moved to Maine to be close to family. He lived in retirement communities in Newcastle, Boothbay Harbor, and Rockland.

The family would like to thank Tony’s hospice team, the Bartlett Woods staff, and Dr. Robert Hunold (Tony’s favorite doctor; right up there with Dr. Neil Pearson, his longtime CT cardiologist).

A Memorial Mass will be celebrated in St. Michael Church, 75 Derby Ave., Derby, on Saturday, April 2, 2022, at 10:00 AM.  Interment with Military Honors will follow in St. Michael Cemetery, Derby at 11:00 AM. The Wakelee Memorial Funeral Home, 167 Wakelee Avenue, Ansonia, is in care of arrangements.

In lieu of flowers, donations may be made in Tony’s memory to a charity of your choice or to Methodist Conference Home - Meals on Wheels: https://mchinc.org/meals-on-wheels/. (Every Monday, Tony would accompany his daughter Wendy on her Meals on Wheels route in the Rockland, ME area.)

In lieu of flowers, donations may be made in Tony’s memory to a charity of your choice or to Methodist Conference Home - Meals on Wheels: https://mchinc.org/meals-on-wheels/. (Every Monday, Tony would accompany his daughter Wendy on her Meals on Wheels route in the Rockland, ME area.)