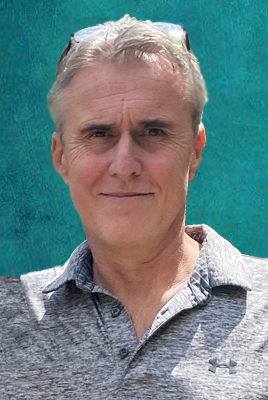 Paul G. Collimore, age 58, beloved husband of Jill Anne Silvestro Collimore of Southbury, died peacefully on January 21, 2022, surrounded by his family at Danbury Hospital.  Born in Bridgeport on August 30, 1963, he was the son of the late Charles Collimore and Doris Bailey Collimore of FL.  Mr. Collimore was raised in Fairfield and was a 1982 graduate of Andrew Warde High School.  He worked as an analyst for SNET and then AT&T for over 32 years, before the time of his retirement in 2019.  Mr. Collimore was also a self-employed home improvement contractor, working with his father-in-law, Richard Silvestro of Southbury, for many years.  He was an avid outdoorsman and enjoyed countless hunting and fishing trips with ‘the guys.’ Together with his wife and three daughters, Mr. Collimore made numerous family camping excursions in the Adirondack Mountains.  He will be long remembered for his love and devotion for his family.   In addition to his wife of 24 years, he is survived by his cherished daughters, Jamie A. Collimore, Jordan M. Collimore and Madison L. Collimore, all of Southbury; sisters, Linda (Ronald) Sidor of Stratford, Diane (Justo) Rivera of Monroe;  and brother, David Collimore of FL.  He is also survived by his stepmother, Jaqueline Collimore, of RI; as well as nieces and nephews Sarah, Rebecca, Matthew, Dylan, Brittany & Daniel; and many friends.  Family and friends may call on Tuesday, January 25, 2022, from 4:00 to 7:00 PM at the Wakelee Memorial Funeral Home, 167 Wakelee Avenue, Ansonia.  Funeral Services will be private.  Memorial contributions may be made to the Collimore Children’s Education Fund (kindly make checks payable to Jill Collimore) in care of the funeral home.  Online condolences may be made at www.wakeleememorial.com.

Memorial contributions may be made to the Collimore Children’s Education Fund (kindly make checks payable to Jill Collimore) in care of the funeral home.
Share A Memory
Send Flowers