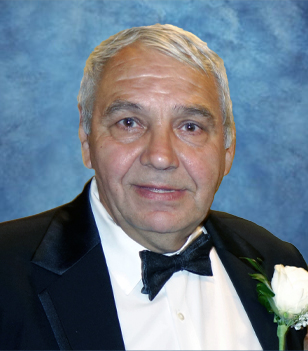 Bogdan Zalusky (Tato/Gigi), age 68, beloved husband of Maria Carr Zalusky of Palm Bay, Florida died suddenly at his residence on January 1, 2022.  Born in Wegorzewo, Poland on August 11, 1953, he was the son of the late Casmir and Anna Buczko Zalusky. Bogdan immigrated to the U.S. in 1976 and exemplified the American Dream with his work ethic and endless dedication to any task at hand. He worked as a quality engineer for IBM for over 20 years until the time of his retirement in 2001. He was a long-time resident of Vestal, NY prior to moving to Palm Bay, Florida in 2016. Mr. Zalusky enjoyed throwing parties and making sure that everyone was well fed. Otherwise he wouldn’t think the party was a success. He enjoyed a good poker or pinochle game with his card buddies, going fishing with family and friends, camping at CYM and making the most recognizable RV square that people would always visit. Bogdan could often be found working in his yard, keeping the most perfect lawn or fixing something around the house. He also had a great knack for finding the best deals on cars and would say, “after that deal they won’t have a job!”  Bogdan was also known as having the loudest voice at the sporting events his children participated in. He also loved going to tag sales often finding different sports cards to share with his grandchildren. Bogdan’s pride and joy was his family. He was a devoted husband, father and grandfather, ever proud of his children and all their achievements. Bogdan exuded strength and vigor that many admired. He would often tell people the story of when he carried a full-sized couch on his back by himself up a flight of stairs to just get the task done. He was often known by his “Bogdanisms” which were small catch phrases that were often repeated and made many of us laugh. The most famous one being “Yoye.” In addition to his wife of 44 years, he is survived by his devoted children, Joanna Mavuli of Thomaston, CT, Christine (Matthew) DeBritz of Newington, CT, Robert (Anastasiia) Zalusky of Long Branch, NJ, Orysia (Thomas) Capasso, of Woodbridge, CT, and Michael Zalusky of Palm Bay, FL; sisters, Donna Holy of NY and Sophie (Richard) Bell of PA, brothers John (Zofia) Zalusky of NY, Casey (Vlodia) Zalusky of DE, Jerry (Yola) Zalusky of NJ, Steven Zalusky of UK, and brother-in-law, Victor Galecki of NY, cherished grandchildren, Tonino and Isabella Mavuli, Vincent DeBritz, and Adelina and Thomas Capasso, Jr., as well as several nieces and nephews.  He was predeceased by a sister, Kathy Galecki. Bogdan, we know you’re drinking your glass of cognac while we celebrate your life.  Funeral services will take place on Monday, January 10, 2022 at 9:00 a.m. from the Wakelee Memorial Funeral Home, 167 Wakelee Avenue, Ansonia.  A Mass of Christian Burial will be celebrated at 10:00 a.m. in St. Peter and Paul Church, 105 Clifton Avenue, Ansonia.  Interment will be in St. Peter and Paul Cemetery, Derby.  Family and friends may call at the funeral home on Sunday, January 9, 2022, from 2:00 to 5:00 p.m. Online condolences may be made at www.wakeleememorial.com.