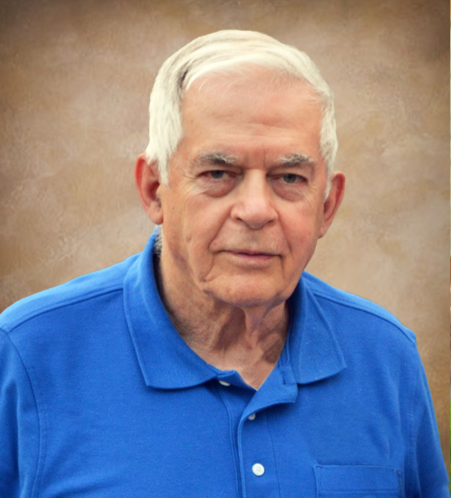 Ronald C. Lesh, age 84 of Shelton, beloved husband of the late Margaret “Marge” Seiss Lesh, died peacefully on November 5, 2021 at Griffin Hospital.  Born in Scranton, PA on January 23, 1937, he was the son of the late John Hubert and Madrian Delacy Lesh.  Mr. Lesh was raised in Clark Summit, PA and was a graduate of Newton-Ransom High School. He was a proud U.S. Army Veteran serving active duty from 1956 to 1957 and in the U.S. Army Reserves from 1957-1962.  Following his active military service, Mr. Lesh relocated to CT and began his 41-year career at Sikorsky Aircraft. Hired as a riveter, Mr. Lesh was promoted to many different positions and departments, retiring as Supervisor of Human Services in 1997. A lifelong athlete, he enjoyed playing basketball in the Over 30 League and pickup games with the “old timers” at the Ansonia YMCA. He played softball for many years in the Sikorsky Softball League. Together with his wife, he enjoyed traveling and spending time with his family.  He is survived by his devoted daughters, Susan (Bruce) Albright of Shelton and Barbara (David) Persico of Beacon Falls; cherished grandchildren of whom he was so proud, Matthew (Courtney) Albright of Shelton and Kristen & Stephen Persico of Beacon Falls; sister Gail Kreagan, of Scranton, PA; as well as several nieces and nephews.  In addition to his wife of 61 years, Mr. Lesh was predeceased by sisters, Marjorie Lindsay, Joan Royce and Marilyn Hice; and brothers, Hubert, Richard and Neal Lesh.   Heartfelt appreciation is extended to Sandra Cuevas for her continual help to Ronald and his family by maintaining his household and being a compassionate caregiver/companion.   Funeral services will take place on Friday, November 12, 2021 at 11:00 AM in the Wakelee Memorial Funeral Home, 167 Wakelee Avenue, Ansonia.  Military Honors will be accorded following the funeral service.  Interment in Pine Grove Cemetery will be private. Family and friends may call at the funeral home on Thursday, November 11, 2021, from 4:00 to 7:00 PM. Memorial contributions may be made to the Echo Hose Ambulance, 100 Meadow Street, P.O. Box 213, Shelton, CT 06484. Online condolences may be made at www.wakleeememorial.com.