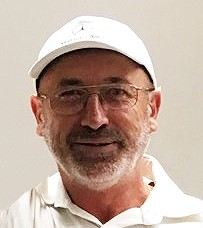 Wieslaw Latawiec, age 57 of Derby, died Sunday, October 3, 2021, in Hartford Hospital following a long illness.  Born in Rabka Zdroj, Poland on June 27, 1964, he was the son of the late Franciszek Kolba and Elenora Krysztof Latawiec.  Mr. Latawiec served in the Polish Army Corps of Engineers and immigrated to the U.S. in 1991.  Settling in Shelton, he resided in West Haven for many years, until moving to Derby four years ago.  Mr. Latawiec worked as a self-employed home improvement contractor, until the time of his illness.  He was a mechanical genius and skilled to fix most everything.  In his younger years, Mr. Latawiec enjoyed alpine skiing in Poland and throughout Europe.  He is survived by a devoted sister, Janina Kuna and her husband, Wally of Shelton; sisters, Stanislawa Basiaga and Maria Hradecka, both of Poland; and a brother, Jan Latawiec and his wife, Teresa of Poland; and his best friend Wanda Karczmarczyk of Bridgeport; as well as several nieces and nephews.  A Memorial Service will take place on Saturday, October 9, 2021, at 6:30 PM in the Wakelee Memorial Funeral Home, 167 Wakelee Avenue, Ansonia.  Family and friends may call at the Funeral Home on Saturday from 5:30 to 6:30 PM, prior to the service.  Interment will take place in Poland.  Online condolences may be made at www.wakeleememorial.com.