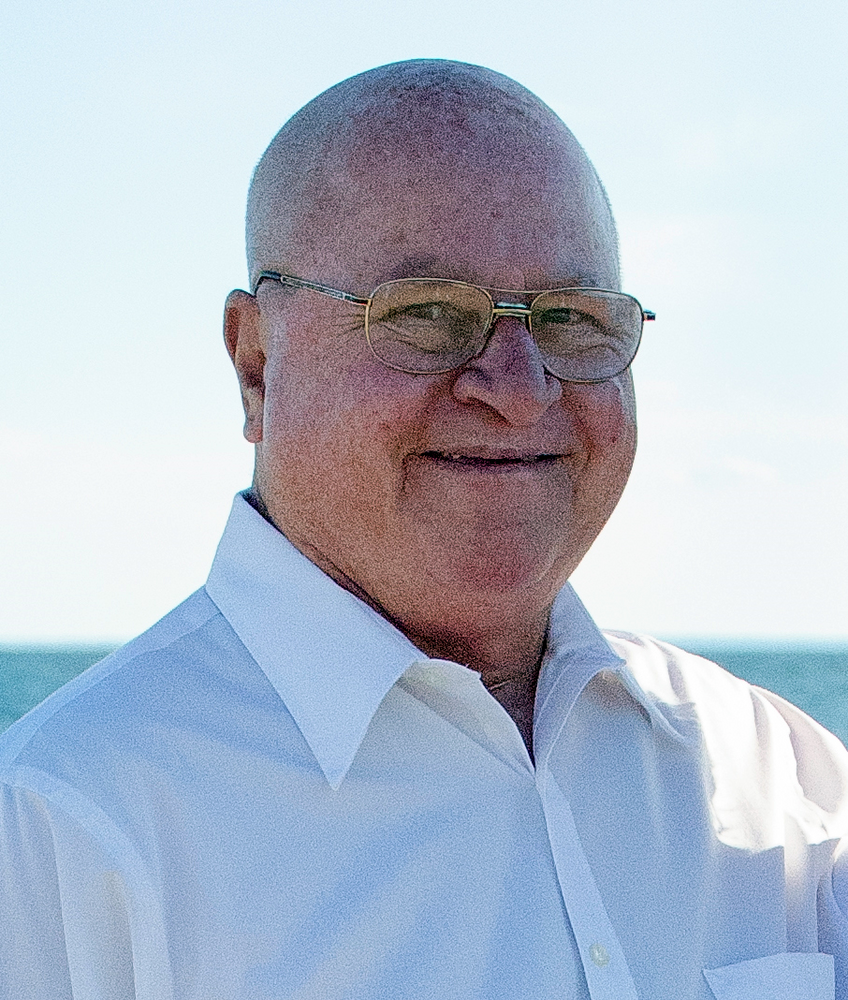 Stephen C. Bodak, Sr., age 77, the cherished husband and love of a lifetime of Bonnie (Beatrice) Konicki Bodak of North Branford and Dennisport, Mass., joined the angels on Aug. 16, 2021 at the happy little home he loved on Cape Cod, his beautiful Bonnie by his side.

Born at Griffin Hospital in Derby on Aug. 24, 1943, Steve was the eldest child of the late Steven and Pearl Tillotson Bodak of Ansonia and the son-in-law of the late Ignatius and Beatrice Konicki of Shelton. He was predeceased by his infant daughter/guardian angel Diane Dawn Bodak. In addition to his wife of 56 years, he is survived by his “favorite” children, Michelle Bodak Acri, (his “Suzie”), and her husband Thomas Acri Jr. of Milford, and Stephen C. Bodak Jr. (“junior” and his “best bud”) and his wife Katie of Killingworth; sisters, Linda Scavone  of Ansonia and Carol Bodak of West Haven; sister-in-law Alma Harmon of Ansonia; brother- and sister-in-law John and Janet Konicki of Oxford; and several beloved nephews and nieces. The absolute joys of his life, however, were his cherished “peanuts/rugrats”: Thomas Patrick Acri III, Meara Shea Bodak, Kaleigh Pearl Bodak and Emma Diane Acri, to whom he will always be the world’s best “Papa.”

Steve, a true son of the “The Valley,” was raised on his family’s farm on Prospect Street in Ansonia, causing all sorts of mischief with his sisters and neighborhood pals at places like Polliwaug Pond and Walniak’s Hill, and was a 1960 graduate of Ansonia High School. Steve was also a proud veteran of the United States Army during the Vietnam Era and following his military service graduated from the Connecticut Police Academy and the University of New Haven with a degree in criminal justice. He served the City of Ansonia as a police officer from 1968 to 1980, working his way up from patrolman to detective sergeant and head of the detective bureau. He served as an undercover major crime and narcotics investigator and was one of two founders of the Valley Street Crime Unit. Following his early retirement from the police force he became an internal security investigator and administrator for United Technologies/Sikorsky Aircraft, where he was especially proud of his work with the then-new Comanche helicopter program, the presidential helicopter program and his top-secret work with the Department of Defense in “black ops.” Steve was a proud 50-year member and treasurer of Charters Hose Co. No. 4 of Ansonia, the Valley Firemen’s Softball League, the State Police Association, the Ansonia National Guard and the Westbrook Elks; he received the first-ever public-service award from the Office of the Connecticut Secretary of State in 2001 for his many years of service and devotion to his community.

Steve deeply loved the ocean and was an avid fisherman and boater, he also loved clamming and hunting, memories of his Honda motorcycle and the ’58 Chevy Impala he used to race, his UConn Huskies and New York Yankees, his “honey’s” potato pancakes, homemade pierogies and Key lime pie,  kayaks of all shapes and sizes, and most of all: his family. He was truly loved and will forever be missed, but we will carry him in our hearts always.

A Mass of Christian Burial, meeting directly at church, will be celebrated at 10 a.m. on Saturday, Aug. 21, 2021, at the Church of the Assumption, 61 North Cliff St., Ansonia. Military honors will be accorded following mass; interment will be private. Family and friends may call on Friday, Aug. 20, 2021, from 4 p.m. to 7 p.m. at the Wakelee Memorial Funeral Home, 167 Wakelee Ave, Ansonia. In lieu of flowers, contributions in Steve’s memory may be made through the funeral home to the National Urea Cycle Disorders Foundation to find a cure for the genetic disorder that affects some of those he loves or to the Dana-Farber Cancer Institute to further research to rid this world of cancer forever.

In lieu of flowers, contributions in Steve’s memory may be made through the funeral home to the National Urea Cycle Disorders Foundation to find a cure for the genetic disorder that effects some of those he loves or to the Dana-Farber Cancer Institute to further research to rid this world of cancer forever.