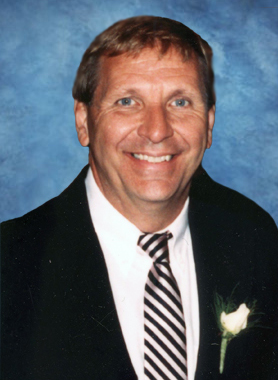 Harvey Hamilton Stowe of Huntington died suddenly on March 4 at Yale-New Haven Hospital. He was 85.  Born at Bridgeport Hospital on February 23, 1936, Mr. Stowe was raised in Nichols and attended public schools in Trumbull. He summered at Point Driftwood on Candlewood Lake, where he swam, fished, and water-skied; he could navigate the entire lake from memory, even in darkness. In his youth and young adulthood, he was a member of Golden Hill United Methodist Church in Bridgeport. In 1954, he graduated from Hamden Hall Country Day School, where he was a stellar athlete in varsity football, basketball, and baseball. His long-standing passion for cars led him to racing, tinkering, and spectating at tracks that included Lime Rock Park in Lakeville. He worked in the automotive parts industry, including Mercedes Benz of Fairfield, for two decades. Before he retired in 1997, he was a longshoreman in Bridgeport and New Haven.  Mr. Stowe was predeceased by his parents, Harvey J. Stowe and Marjorie H. Stowe, and a brother, Sumner H. Stowe. Survivors include his beloved wife of 46 years, Janet Jackson Stowe, two sons James W. Stowe of Derby and Michael N. Stowe of Woodbridge, a daughter, Stacey Stowe of Manhattan and two grandchildren, Gabrielle Hamilton Stowe of Manhattan and Adam Jackson Stowe of Dallas. Funeral Services are private.  Memorial contributions may be made to House of Heroes, 3342 Whitney Ave., Hamden, CT 06518, www.hohct.org.  The Wakelee Memorial Funeral Home, 167 Wakelee Avenue, Ansonia, is in care of arrangements.  Online condolences may be made at www.wakeleememorial.com.

Memorial contributions may be made to House of Heroes, 3342 Whitney Ave., Hamden, CT 06518, www.hohct.org.
Share A Memory
Send Flowers