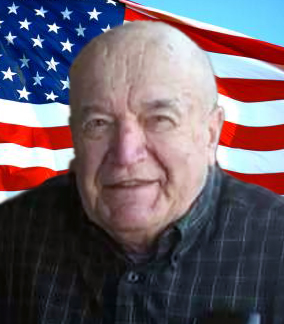 Robert Edward Flader, age 89, beloved husband of Anne Marie McCarthy Flader of Derby, died peacefully at Griffin Hospital on December 8, 2020 with his family by his side.  Born in Bridgeport on September 19, 1931, he was the son of the late Edward Otto and Eva Piotrowski Flader.  Mr. Flader was raised in Fairfield, graduated from Roger Ludlowe High School and attended the University of Bridgeport.  He was a proud U.S. Air Force Veteran of the Korean War.  Mr. Flader worked for the ADC Corporation of Bridgeport as a purchasing agent for several years.  Always determined to open a business and work for himself, he opened “The Sandwich House” of Trumbull in 1987 and later found great success in owning and operating “Pools Plus” of Trumbull for 15 years, until the time of his retirement.  Mr. Flader was a dedicated volunteer fire fighter and member of the Long Hill Fire Department of Trumbull for 40 years. He served as a Past President of the LHFD and was the Fire Commissioner for the Long Hill Fire District from 1977-2001. Together with his spouse, Robert and Anne loved Ogunquit, ME and enjoyed owning a cottage there for 24 years; he was so proud of his cottage! He spent many mornings watching the sunrise as he walked Ogunquit Beach. For many years Mr. Flader worked for the Town of Ogunquit as a parking lot attendant at the main beach. He made many friends in Maine during these happy years. In addition to his wife of 33 years, he is survived by his sons, John Flader of Monroe and Raymond (Debra) Flader of Milford; stepchildren, Michael (Debra) Parker of FL and Maureen (Greg) DeRosa of Shelton; 10 grandchildren, Kevin & Tommy DeRosa, Sean & Shane Parker, Rachel Spencer & Robert Flader, Mathew, Mark & Carolyn Flader, and Madelyn Flader; 3 great-grandchildren, Mikey, Mia and Isabella Phillips.  He was predeceased by his first wife, Madelyn Lowrey Flader; a daughter, Elizabeth Flader; a brother, Ronald “Fritz” Flader; and a daughter-in-law, Jane Flader.  Maureen would like to thank Lyn Andrews and Rachel Spencer for their years of compassionate care extended to Robert in his time of need.  Due to the Covid-19 Pandemic, all funeral services are private.  Memorial contributions may be made to the Long Hill Fire Department, 6315 Main Street, Trumbull, CT 06611.  A future celebration of life service will be announced by the Wakelee Memorial Funeral Home, 167 Wakelee Avenue, Ansonia. Online condolences may be made at www.wakeleememorial.com.

Memorial contributions may be made to the Long Hill Fire Department, 6315 Main Street, Trumbull, CT 06611.
Share A Memory
Send Flowers