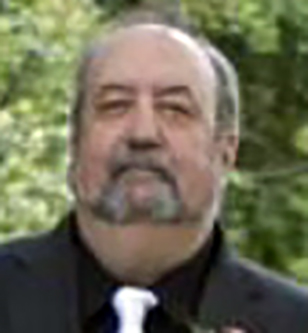 Robert Anthony Sabia, Sr., age 66, beloved husband of Faith P. DelVecchio Sabia, entered eternal rest on November 30, 2020 at St. Mary’s Hospital, Waterbury with his beloved wife by his side.  Born in Stamford on November 1, 1954, he was the son of the late Daniel and Philomena Lupo Sabia.  Mr. Sabia was raised in Bridgeport and graduated from Harding High School.  It was during these formative years that Robert developed his lifelong passion for music as he participated in the music program, band and choir. His devout faith and love of the Lord was known to all and proudly displayed through Christian music. He was a longtime car enthusiast, especially fond of the Pontiac Trans Am and was often found at car shows, rallies and cruises throughout CT.  Mr. Sabia was the Chief Tech Inspector for the Sports Car Club of America (SCCA) at Lime Rock Park Raceway and a lover of all things Disney. Robert or “Bob” as he was known to his colleagues was employed by the New Haven Police Department as their Print Shop Supervisor until his passing. He will be long remembered for his devotion to his family.  In addition to his wife of 43 years, he is survived by his children, Robert A. Sabia, Jr. and his wife, Melissa Federico of Woodbridge, Eric C. Sabia and his wife, Anne Smith of St. Louis, MO and Ashley D. Sabia and her husband, Gregory Fitzpatrick of Derby; his cherished grandchildren, Melissa Sabia, David Medina, Jr., Mia-Rose Sabia  & Daniella Fitzpatrick. As well as 2 step-grandchildren, Nicholas Federico & Aaron Fitzpatrick. He is also survived by 5 sisters & 1 brother. As well as several nieces and nephews.  He was predeceased by 1 brother.

A Memorial Service is going to be held at 10:00AM on Saturday, April 24, 2021, at Trinity Evangelical Free Church, 33 Center Road, Woodbridge, CT.  All are invited to attend.  Online condolences may be made at www.wakeleememorial.com