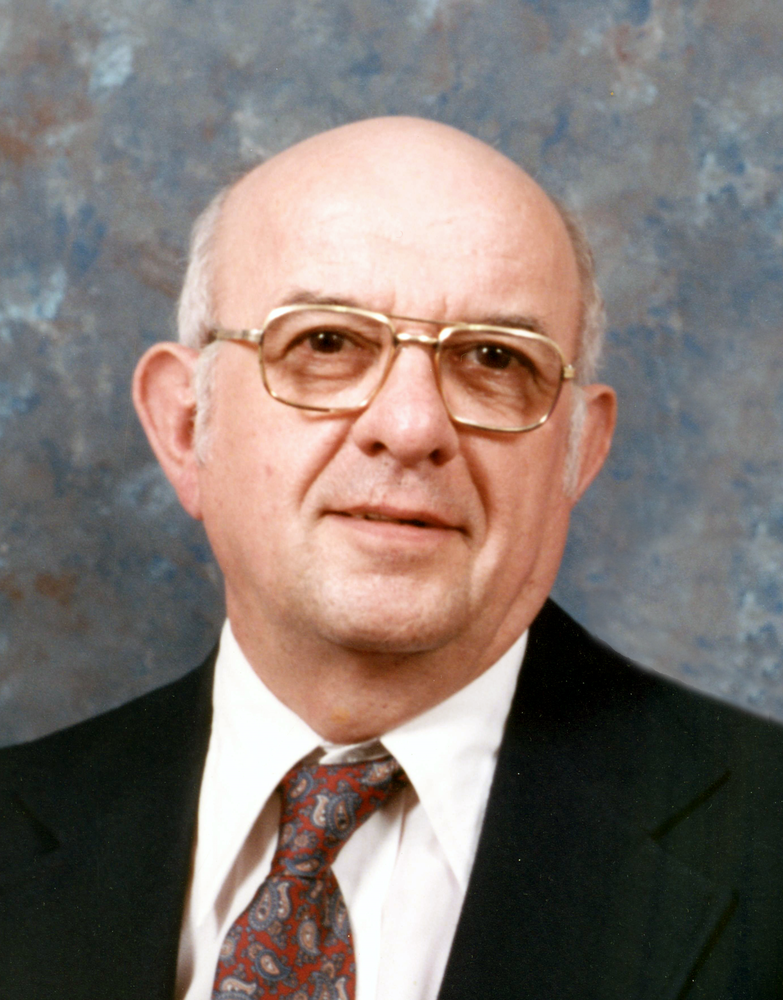 Stanley J. “Buzz or Buzzy” Saska, age 94 of Ansonia, beloved husband of the late Doris Andrusko Saska, died peacefully on Sunday, July 28, 2019 at home. Born in Ansonia on February 3, 1925, he was the son of the late Joseph and Ludwika Karkut Saska.  A lifelong resident of Ansonia, Mr. Saska was a proud U.S. Navy Veteran of WWII.  He worked as a boiler operator for the former B.F. Goodrich Company for 25 years, to the time of its great arson demise.  He was then employed as a stationary engineer for the State of CT, at the Fairfield Hills Hospital power plant for approximately 13 years, until the time of his retirement in 1989.  Mr. Saska was a member of the American Legion, Post #50, the YMCA, the Polish Falcon and the St. Sebastian Clubs, all of Ansonia. A talented athlete, Mr. Saska played fast pitch softball in valley leagues and tournaments in his younger years.  His ability to hurl a softball past a batter so rapidly, you’d only hear the air buzzing over the stitching - earned him the nickname “Buzz” or “Buzzy”; a nickname he kept for life.  He was an avid gardener and enjoyed tending to his vegetable garden and his champion tomato plants. Mr. Saska liked to dance, especially the polka and enjoyed spending time with family and friends (especially over a meal); he also enjoyed fishing and trips to the casinos.  Mr. Saska is survived by his devoted children, Nancy Saska of Ansonia, Stanley (Cindy Karlic) Saska of Madison, and Jeanne (John) Toste of Branford; a sister, Irene (Stanley) Dykty of Seymour; cherished grandchildren, Michael Saska of FL, David Saska of Guilford, Kathleen Saska of FL and Christopher Toste of Canada, Jeffrey Toste of MA and Stephanie Toste of Branford; as well as several nieces and nephews.  In addition to his wife of 57 years, he was predeceased by brothers, Joseph and Walter Saska and Sisters, Mary Simjian, Anna Chometa and Jenny Parkosewich.  Funeral services will take place on Friday, August 2, 2019 at 9:00 AM from the Wakelee Memorial Funeral Home, 167 Wakelee Avenue, Ansonia. A Mass of Christian Burial will be celebrated at 10:00 AM in St. Joseph Church, 32 Jewett St., Ansonia.  Interment with Military Honors will follow in Sts. Peter and Paul Cemetery, Derby.  Family and friends may call at the funeral home on Thursday, August 1, 2019 from 4:00 to 7:00 PM.  Memorial contributions may be made to St. Joseph Church.  Online condolences may be made at www.wakeleememorial.com.

Memorial contributions may be made to St. Joseph Church, 32 Jewett St., Ansonia, CT 06401

Share Your Memory of
Stanley
Upload Your Memory View All Memories
Be the first to upload a memory!
Share A Memory
Plant a Tree