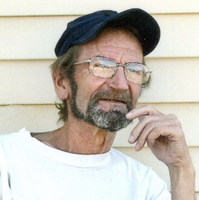 William A. Pedbereznak, age 58 of Derby, died December 31, 2021, at his residence following a sudden illness.  Born in New Haven on May 8, 1963, he was the son of Florence Mendyk Spak Pedbereznak Hallengren of Derby and the late Steven Pedbereznak.  Mr. Pedbereznak was a lifelong valley resident and graduate of Notre Dame High School of West Haven.  Following high school, he received a full scholarship to study electrical engineering at the University of Bridgeport.  Mr. Pedbereznak worked in manufacturing for several companies, prior to his disability retirement. He was an avid fan of the New York Yankees and NY Giants and served his community as a volunteer fire fighter with the Hilltop Hose Co. 5, Ansonia.  In addition to his mother, he is survived by brothers, Thomas (Paula) Pedbereznak of Branford, Stephen (Terri) Spak of Manchester, and Paul Spak of CT; as well as several nieces and nephews.  Funeral services will take place on Tuesday, January 11, 2022 at 10:00 AM in the Wakelee Memorial Funeral Home, 167 Wakelee Ave. Ansonia.  Interment will follow in St. Michael Cemetery, Derby.  Family and friends may call at the funeral home on Tuesday morning from 9:00 to 10:00 AM, prior to the service.  Online condolences may be made at www.wakeleememorial.com.