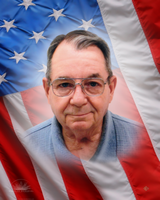 Richard Francis Brown, age 89, best friend and cherished husband of Joan Hlywa Brown of Oxford, entered into eternal rest on November 5, 2020 at Griffin Hospital, Derby.  Born in Danbury on May 7, 1931, he was the son of the late Henry J. and Mary Potter Brown. Mr. Brown was a proud U.S. Army Veteran of the Korean War and worked as a skilled plant electrician for the CT Light & Power Co. at the Devon power station for 39 years, until the time of his retirement in 1991.   Mr. Brown was a member of the American Legion, David S. Miles Post 174, Oxford and a longtime member of the Riverside Fire Co., Oxford, where he served two terms as Captain and volunteered in the Fire Police.  In addition to the fire department, Mr. Brown served his town as a committee member for the Oxford Parks and Recreation Board.  He was an avid outdoorsman, enjoying hunting, fishing and belonged to the Seymour Fish and Game Club.  A communicant of nearly 70 years, Mr. Brown faithfully attended St. Thomas the Apostle Church, where he loved to sing in the choir.  In addition to his beloved spouse, he is survived by his sisters-in-law, Donna (Robert) Hartwick of FL and Mary Margaret (Doug) Friemark of WA and  Aimee (Robert) O’Brien of Seymour; brothers-in-law, Arthur (Annette) Hlywa of Oxford and David Hlywa of FL; as well as several nieces and nephews.  He was predeceased by a sister, Joyce Lee and brothers, Robert and Lawrence Brown; as well as an infant brother and sister.  A Mass of Christian Burial will be celebrated on Saturday, November 14, 2020 at 10:00 AM, in St. Thomas the Apostle Church, 733 Oxford Rd., Oxford.  Military Honors will be accorded following Mass.  Please exercise all social distance protocol of the covid-19 pandemic.  Interment will be private.  Memorial contributions may be made to Smile Train, PO Box 96231,Washington, D.C. 20090-6231, www.smiletrain.org. The Wakelee Memorial Funeral Home, 167 Wakelee Avenue, Ansonia is in care of arrangements.  Online condolences may be made at www.wakeleememorial.com.